I got back just in time for my valentine date
I was so worried I won’t get a flight in time
Like any relationship, we have our ups and downs
Some days I want to go away and never come back
Sometimes I think we are better lovers with few thousand miles between us
But after a short separation I get these butterflies and long for a reunion
Today, I am just super happy to be sharing a glass of champaigne with my love, Africa!
Basking in its sun, friendly faces, colours, the future is bright, I feel more alive than ever in her presence.
Posted by Unknown at 9:04 AM No comments:

Asking for forgiveness with the biggest Tusbah/Rosary I could find 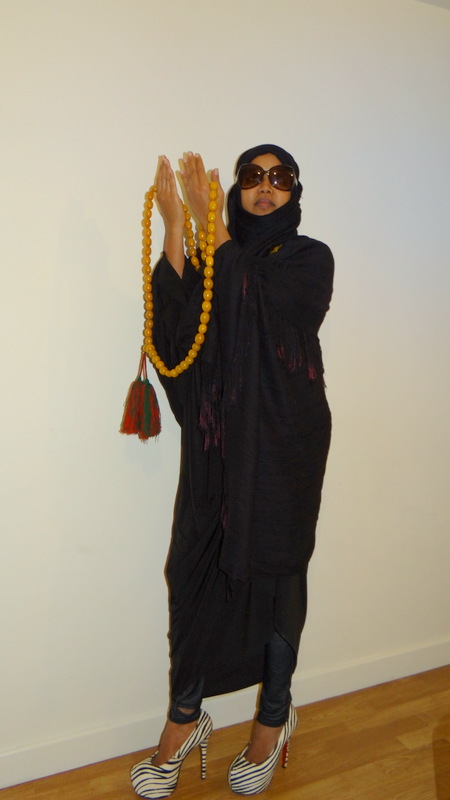 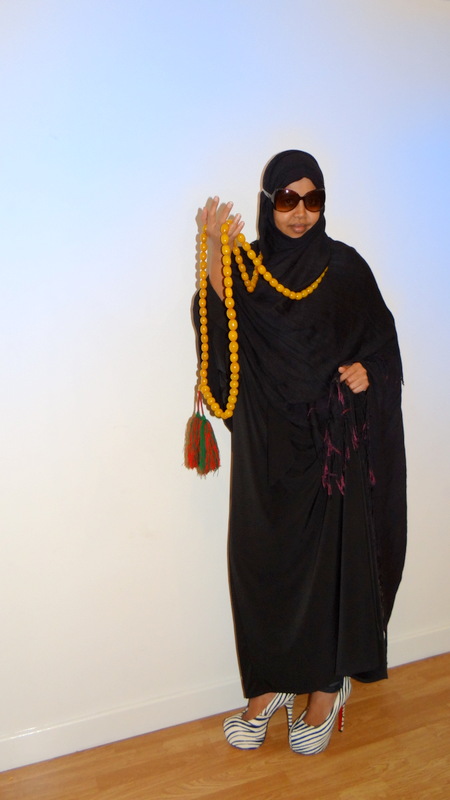 Posted by Unknown at 5:06 AM No comments:

Maybe critical thinking and a bit of selfishness could free us?

My European winter break has so far been an amazing experience, a different take on London and British-Somalis. Thanks to Facebook and social media for bringing out so many progressive and engaged Somalis compared to the lot that drove me out of London few years back. About a year ago, a friend set up a Facebook Somali women’s page, within a week, we had over 400 members!

Couple of weeks into the new page, hell broke loose! It was clear the page administrators and the person who set it up were total liberals Vs many other traditional and conservative members. The liberals discussed anything under the sun. There was no taboo subject, after all, what is the point of having a private girls-only space if we can’t chat about sex, men and hijab? At times, the heated debates and the attempted censoring of some debates by some members got a bit too much. After around 2 months, it was clear we needed to introduce basic house-keeping rules to ensure we have a healthy and supportive environment for everyone to feel comfortable enough to contribute and share ideas freely.

Like any other platform, majority of members were silent and just observed (and sometimes shared some of the content with their male friends!), and the vocal minorities had very interesting debates, heated arguments, original content was shared and I was amazed by the number of interesting, educated and super bright Somali women out there. Majority of the members were from the UK, US, Canada and few Australians. This was the first time in my life I met so many Somali women I could relate to, discuss issues with without being put in a clan or hijab box. I wondered then, how on earth did we manage to have a 22-year civil war and a total absence of women in public life and politics with this caliber of women around?! Something does not add up.

Some of the women I met on that page have become dear friends, almost like long lost sisters. It made me wonder how many more are out there and what can we do to widen the network and take it beyond the Facebook page? I have since added all the girls I connected with on my personal friends list and in the last couple of weeks in London, I have managed to finally meet some of the London-based members face to face, and wow! They are even more interesting and amazing in person! I want to spend a lot more time to get to know each one of them deeper, hear their stories, find out what made them join that group, and what do they dream to accomplish in life…So many questions. Which, I am afraid, I won’t have time in my brief visit to find out but now I have put faces to the virtual connections and am sure we will be able to skype and chat online and I will have the opportunity to get to know them better.

What I found fascinating is that from the brief discussions I have had with the girls, each one has an intriguing personal story and past. I am particularly intrigued by the story of two of the girls, both used to wear headscarves and recently decided not to anymore! This interests me a lot because I know the pressures one has to cope in making a bold and an unpopular decision. Some women pay a high price for such a choice, like being cut off by family and friends, like I was many years back. I am fascinated by their stories also because it is great to see young Somalis questioning things, re-evaluating culture, family relations, using their own judgment about important personal decisions and not allowing ‘society’ to decide for them. This is a breath of fresh air. One of our biggest challenges as Somalis is lack of questioning and courage to determine one’s own life path. We are forced to follow what is handed down to us from parents, culture, clan, society and often one’s own voice is discouraged and drowned from an early age. Thinking differently or as an individual is strongly discouraged, if in any way it diverts from the ‘norm’.

Questioning custom and religious practices is a serious offence. In fact, you are much safer, if you don’t think at all and do as you are told, doesn’t matter if you are 10 or 40!  This goes for all aspects of life, not just in relation to religion. You do as your family does, you respect the rules even if they don’t make any sense to you. Beyond your family, your loyalty lies with the clan. You stand by them no matter what. And when you are abroad, don’t you dare criticize “your own flesh and blood/Somalis”. They are family, whatever bad things they might have done, whatever weaknesses they might have, they are family and we don’t expose or publicly criticise family.

So, you can imagine my excitement when I meet 2 young women who go against this culture and say ‘I am Muslim, a strong believer but I just don’t need to wear a headscarf to prove it, that won’t make me any more or less Muslim’.  Somalis have long been practicing Muslims but had their own traditional costume, which by the way, was not hijab or this new ‘umbrella’ outfit introduced only during the civil war. These ladies restore my confidence in our ability to reclaim our personal space, live a more authentic life, a life true to us and not to please or out of fear of society. This kind of resistance to social pressure, when we manage to multiply it by many more women and youth, then we might have the breakthrough we need to end the circle of cultural violence in Somalia.